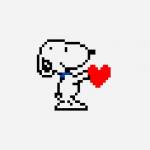 I really don't know just why I stopped playing with Runescape. At some stage Ilost track of my guildmates'd done all the quests that were free, and moved on. My itch for enjoying video games had been nowhere near scratched -- I used my cash from bussing tables in high school to encourage a World of Warcraft habit and eventually, at age 24, purchased myself a damn Playstation -- but Runescape no more holds me in its influence.

Well, perhaps it does. For this very day I have a preference for fantasy video games. I like dragon-slaying, potion-swilling adventures with lots of side quests and maps to explore. I enjoy leveling up individual skills and studying crafting trendy armor for my character and anything that lets me as I go. In addition, I devote a great deal of time online, connecting with people on social media, talking about matches, and making online friends who've gone on to hold enormous psychological significance in my life.

Runescape was an early introduction to the internet would eventually become, and though it brought me in with all the promise of fun and fantasy, it finally gave me a head start in learning the principles of participation for an increasingly online societal landscape.

Oh and when my parents are reading this. That is what I had been doing in the cellar all that time. Knowing what we know about the world wide web, maybe we can agree that I could have been doing a lot worse. May you are guided by the light of Saradomin.

Here are several methods of earning gold at OSRS, but there are also a number. There are a vast range of different abilities within Old School Runescape, a few of which can be great currency earners. The best way to level these skills takes place depending entirely on the skill which you are levelling of course, but a few can earn more OSRS Gold compared to others.

I guess in a sense. But the amount money is high that is crazy. OSRS bossing includes a constant potential with no rares of 3-4m per hour equating to 15-20m RS3. Reaching those amounts normally on RS3 is typically including those rares. So idk when I'd say osrs is p2w. I guess it's the potential since the grind is longer using the cases that are less. But as far as straight cover development, RS3 has it hands down. GE prices inform the story OSRS is cover to acquire BiS things than RS3. OSRS gamers are eager to shell out almost 7 times the true money to purchase the most expensive BiS equipment in OSRS BiS equipment themselves at 43, it is many times harder to grind.

Lamps mostly just give xp, but other than Skilling Hiscores, many RS3 progressions like MQC, RuneScores, Clue Hiscores and Reward Systems can not be bought with xp (and therefore lamps). Not sure I agree, after all abilities like RC can turn to buyables with treasure hunter. Some of the promos have been ridiculously to the point at which it is somewhat like a buyable skill. Although I suppose that is opting for 200m.

And fell in with a group of fantasy fans who shot RuneScape's surroundings as badly as I did. Those friends and I formed a roleplaying guild, addressing each other as"Sir" or"Lady," and proposed our summer evenings around quests that will further our plotlines. It was just one part improvisational acting, two components storytelling, and three components shyly getting to know each other as players outside RuneScape.

As my parents did not know I was playing Runescape with people, there were not any rules to govern my behavior. My very first guild melted away when the school year began and I found another, then yet another, every time hammering out the internet abilities that would come in handy as the social media became the new standard for teens in the mid-00s.

I really don't know why I stopped playing with Runescape. At some stage I'd done all of the free quests, lost track of my guildmates, and just moved on. My itch for enjoying video games was nowhere close scratched -- I used my money from bussing tables in high school to support a World of Warcraft habit and finally, at age 24, bought myself a damn Playstation -- but Runescape no longer holds me in its influence.